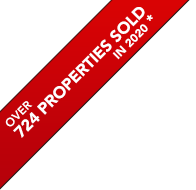 Playing to Win: Quebec’s Top Agent is a Champ for His Clients

The No. 1 individual RE/MAX agent in Quebec didn’t work his way to the top by sticking to the sidelines. Jimmy Arseneault is a champion for his clients

Jimmy Arsenault will never forget his first day on the job as a real estate agent, just five years ago. He had nothing much in his office except a desk and a phone. He had no secretary, no listings and no experience selling real estate. What he did have, though, was entrepreneurial drive – a defining characteristic of all RE/MAX agents.

Motivated to control his fate in the business, Arseneault jumped in his car and drove the streets of Gatineau, a city of 270,000 in the French-speaking province of Quebec, just across the Ottawa River from the Canadian capital of Ottawa. He jotted down the addresses of people who advertised their homes as “for sale by owner” and called them later that day. From that enterprising exercise, Arseneault cobbled together his first listings.

It was an auspicious start to what would quickly prove to be a very promising career. By the end of 2010, his fourth full year as an agent, Arseneault topped the $1 million mark in annual commissions, earning his way into the RE/MAX Diamond Award Club. In 2012, Arseneault was the top-earning individual RE/MAX agent in all of Quebec. He ranked second in closed transaction ends with 250. This year, the Lifetime Achievement Award winner expects to outdo himself.

“By mid-August of this year, I was already at 205,” he says. “That’s the same number I had in November of last year.”

In other words, business is booming. It’s a remarkable feat given that Gatineau is a city whose neighborhoods are made up mostly of modestly priced homes. Arseneault’s listings – a lofty 150 of them – range from $90,000 to $700,000, with many sales around the $200,000 mark.

“I have to sell a lot of houses to match the brokers in the big cities like Montreal and Quebec City, with their luxury-home neighborhoods,” he says. “We don’t have neighborhoods like that in Gatineau.”

His rapid rise to the top has brought positive changes to Arseneault’s business. First, there is the addition of two more Diamond Award Club trophies to his office at RE/MAX Vision (1990), as well as a growing collection of sports memorabilia that reflects his fervent support of the Montreal Canadiens hockey team.

And he no longer walks the streets looking for potential listings.

SHOUT IT FROM THE ROOFTOPS

Arseneault’s name and status as a top-producing agent is well-known throughout western Quebec, thanks to his  extensive advertising reach across a wide variety of media. His brothers Yannick and Mathieu are also with RE/MAX Vision (1990) in Gatineau, giving the family name even more visibility in the community.

Marketing is his strength, Arseneault says. He spends a considerable amount each year to advertise properties on TV and radio, and in print.

I have a lot of visibility in the magazine; that’s one thing that brings both buyers and sellers to me. JIMMY ARSENEAULT

He has an especially strong presence in local real estate publications. He buys eight pages in every issue of two magazines, which circulate in a wide area around Gatineau. Each page is topped by a 3-inch-deep banner proclaiming Arseneault’s success as a RE/MAX agent.

“I have a lot of visibility in the magazine; that’s one thing that brings both buyers and sellers to me,” he says. “Even in slow times, like December, I keep advertising. It’s important to keep my name out there.”

Arseneault arrived in the real estate industry in a circuitous manner. As a young boy growing up in Shawinigan-Sud, a small town in central Quebec, he wanted to be a police officer. After high school, he enrolled in a police technology course at a junior college in Ottawa and went on to a police course at another college in Gatineau. He learned the always-on observation skills an officer needs on the street, as well as organizational skills and management tactics.

In the end, however, becoming a police officer didn’t fit his personality. Rather than deal with conflict and violence, he wanted to run his own business.

So Arseneault and his brother Yannick bought a convenience store in Gatineau in 2002, which helped him develop his entrepreneurial ambitions and prodigious work ethic.

“I worked from 7 a.m. to 11 p.m. seven days a week to make the store a success,” he says, describing a hectic time of keeping shelves stocked, running the cash register and ordering new supplies. It also became an exercise in learning how to manage details.

And just to develop his management juggling skills even more, Arseneault bought his first income property, triggering his interest in real estate. He began taking courses to become a real estate agent. He also dove into the business of real estate investment by buying several apartment buildings, which fueled his passion for real estate even further.

Attention to detail and successful management techniques allow Arseneault to operate at a high level without a secretary, relying instead on the support services provided by his office.

He hires a professional photographer to take photos of all of his properties and personally writes all the marketing copy, the first step in drawing potential buyers to him.

“Jimmy has strong organizational skills and can do the same amount of work in an hour or so that someone else might take three to four hours to do,” says Edith Gagnon, Manager of the RE/MAX Vision (1990) office. “He focuses totally on gathering listings. He doesn’t stop work to spend time chatting with people.”

She points out that Arseneault spends many long hours in the office and answers all his calls.

“He is extremely proud of the fact that he is capable of handling it all, yet he’s strategic about asking the office staff for support to handle administrative tasks for him when necessary. They’re there for that,” she says. “It’s a win-win situation, because they free him up to do the work he is good at. He’s able to use RE/MAX resources to the maximum.”

Arseneault says a balanced life is important to him. When he’s working he’s all about work, and when he’s off he turns his attention to his family and his health. He maintains a balanced diet and exercises regularly. He also drinks two litres of water a day – no sodas and no alcohol.

Arseneault couldn’t do all that he does without his wife, Mélanie, who manages all of the household affairs and looks after their three children – Shana-lee, 5; Evan, 2; and Lou-May, born in early July. Arseneault always schedules family time and takes his daughter to school every day.

“It’s the quality of the time that counts,” Arseneault says. “I like to plan several vacations each year; I take the family to Florida, the Caribbean or Europe. We went to Florida two weeks after Lou-May was born.”

The vacations allow him to spend long stretches of time with his family and refresh his business focus and enthusiasm. Even the anticipation of a vacation helps to revitalize him, especially as he nears the end of a particularly busy day.

“I always like to have projects waiting for me at the office,” he says of returning from vacations he plans for the family and special trips they take to the Super Bowl, Stanley Cup Finals and the Monaco Grand Prix.

Arseneault’s affinity for sports hints at his competitive nature. And to be clear, he likes to win. He attended the RE/MAX Quebec annual convention, held at the Montreal Convention Centre in February, and he was very excited when it came time to announce the top 10 commission- earners and Diamond Award Club members.

“He expected to be announced as the No. 4 earner and had a big smile on his face after No. 5 was announced,”  Mastropietro says. “He thought he would be called next.”

When he wasn’t, the smile grew bigger, because he realized he was in the top three. His name still wasn’t called when No. 3 was announced.

“When it was just him and another individual, he was just about ready to explode,” she says.

Arseneault was completely overwhelmed when he was announced as No. 1. Mastropietro saw tears of pride in his eyes.

And what does she see as the reason for Arseneault’s success? Both his positive outlook and the positive impact he has on his clients’ lives.

“He makes dreams come true for people,” she says.